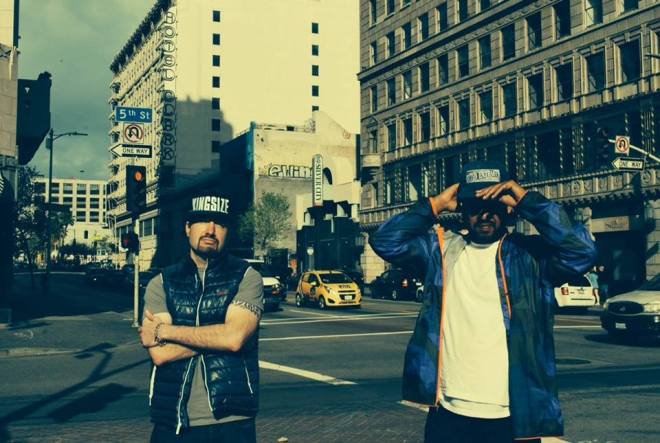 Posted on August 15, 2016 by The Playa's Punch Posted in SinglesTagged krs-one, rear view

Substance Abuse stick to their trade mark style of socially conscious content. The track “Rear View” featuring KRS-One, tackles the futility of trying to embrace a time period that is gone and never will be again, while still affirming some of the timeless values that people cherished during that era.  Rear View: The Chase Remix embodies a new take on the track played extensively on DJ Premier’sLive From HeadQCourterz radio show as well as many other reputable outlets.

“Background Music” refers to the state of hip hop today, explains Eso “where the music seems deracinated of the personality and edge that it once had,” explains Eso. It also refers to how our music is construed by the masses, people who generally seem to favor the popular over the obscure.  Real hip-hop has been forced to play the “background” to club and dance music that seems devoid of any message or staying power.

After gaining much acclaim for their collaboration with MF Doom on the infectious single “Profitless Thoughts,” Substance Abuse released their debut LP Overproof in 2006. The LP featured Saafir, Kool Keith, Motion Man, Kutmasta Kurt, Rasco, Thes-One, and MF Doom and received critical acclaim from outlets such as YRB, URB, platform8470, and 944.

Hit play on the old school sounds below.