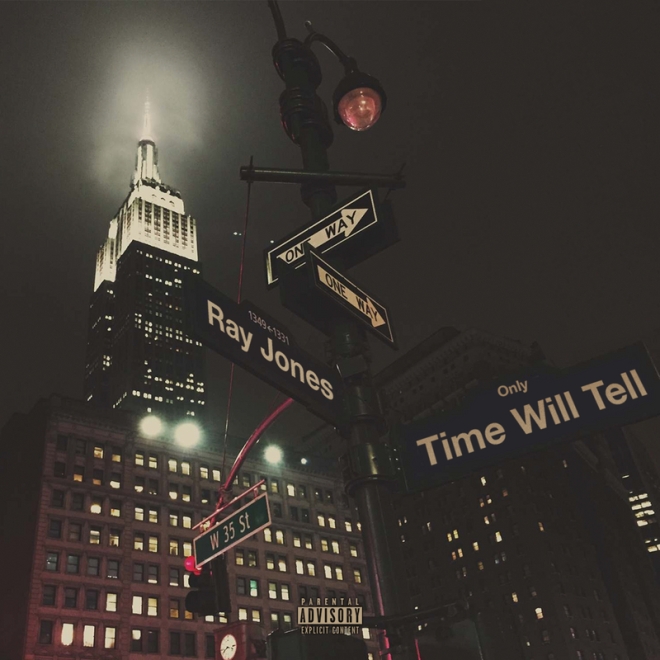 Posted on July 6, 2016 by The Playa's Punch Posted in MixtapesTagged only time will tell, ray jones

Ray Jones is a 20-year-old creative from Houston, TX, who writes, raps, sings, and produces all of his own music. A year ago, Ray released his first project titled: Somas and Salem 100’s. Upon completion, he moved to Chicago to pursue his passion and dreams. Ray lived in the Chi for only three months. During this time he was cast as an extra in the Spike Lee directed/produced movie, Chi-Raq, and also recorded his second project, Somas and Salem 100’s 2. Life brought Ray Jones back home, back to Houston. This is where he was inspired to create his third project, “Only Time Will Tell” officially released on April 19th.

Houston is one of the better hip hop cities in America, people there take their craft seriously and Ray Jones is no different. People who produce their own records have a great sound because they craft their records to their own style, rather than picking and choosing from various beats. Ray Jones blends rapping and singing in a way that feels like it hasn’t been done before, leaving you wondering why he still hasn’t blown up.

Stream the project below and head to iTunes now to purchase.

One thought on “Ray Jones – ‘Only Time Will Tell’ (Mixtape)”